While I wasn't fond of people getting roasted all the time (although sometimes it was certainly warranted), I do miss seeing people getting dickrolled. Even after being on there for 4-5 years, I would fall for it myself. It was always that moment where you're like..."God Damiit!! I can't believe I just fell for that!".
Audit your Content for Better Rankings
​

Bwahaha, I remember after being on there since 2007 I'd still fall for it. My fiance' at the time was walking by and seen that wierd swirling thing flying around on my computer and was like wtf!!? Imagine trying to explain that shit to her lol
DrunkMOD in training, Behave Kids.

Ryuzaki said:
In my mind, Wickedfire died due to four things that happened in this order:
That's what happens when saving face is more important than admitting you made a mistake and being seen undoing a past mistake. It's okay to step backwards and salvage something nice. Otherwise you're just patching patches on a sinking ship, applying them with a battle axe.
Click to expand...

All of the above but I believe the main reason is simply competition: Thousands of Facebook groups, Reddit, YouTube and competition from other forums and the ease of Wordpress allowed anyone to publish affiliate related content. You could find much better content that was actually helpful.

Jon's lack of involvement didn't help either (he was very active in the the beginning) and the forum grew to be very toxic with it's attitude that also contributed to it's demise.

That said it will never die.
The community is still alive in a tertiary sort of way.
Former members have gone on to found an insane amount of successful plays in performance marketing and web services. There really is a paypal mafia effect. You can basically run an M&A firm just doing deals off contacts from that place.
Last edited: Feb 27, 2019

Either the server was located at KingsLanding or Jon forgot to put auto-pay on his domains before being sent to the wall... 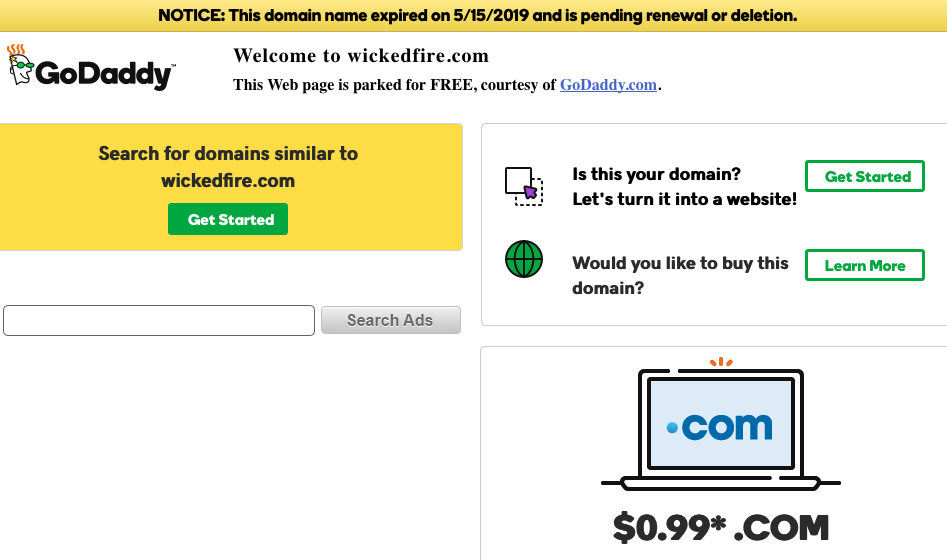 Damn, this thread gives me "collective unconscious" vibes. On a random urge, I checked out WF last week just to remember what it was like. Then I come here and CCarter's post is the first thing I see! Kind of like the story of how people hallucinate seeing a loved one on the night that they die.

So, does anyone here plan on trying to snatch up the domain if it reaches that point? What would you all estimate the value of it to be?

bash said:
Jon is the biggest example of taking your ball and going home
Click to expand...

In reality though, Jon never had a ball to begin with

eliquid said:
In reality though, Jon never had a ball to begin with
Click to expand...

We agree I was more referring to his bullshit paywall fiasco that went up in flames. Once that died it was game over he pretty much vanished into the ether.

Jared said:
So, does anyone here plan on trying to snatch up the domain if it reaches that point? What would you all estimate the value of it to be?
Click to expand...

I don't think it's that valuable for any traditional SEO metrics. From a marketing angle Wickedfire doesn't have the best reputation either, from its community or the nature of the content they were allowed to post. But it did have gobs of delicious info if you were willing to wade through the metric butt tons of crap (which stopped being a problem when the paywall went up, and now isn't a problem at all).

Here's what I'd imagine you'd get by redirecting it or having a squeeze page to push people to another forum:
If you have good spam walls in place, you could get something out of it, especially with the first blast of news going around that it's dead and redirecting to a different forum. That would die out in about 48 hours though.

Of course, you could just build a new forum on the domain and hope the old crowd reinvests into it from the ground up. Doubtful since the majority quit thanks to Penguin and went into crypto and whatever opportunistic stuff is available.

I don't think it's a valuable purchase past a few grand total, really. Someone really willing to deploy some slick marketing could make a real go at it though, in which case I could see spending upwards to $25k or something (totally winging the numbers here).

Of course you'll have the copyright issues to contend with. Just because a ball was taken home doesn't mean it won't come into play again, especially when it's a beach ball covered in S A L T.

I wanna know what Jon did with Luke's original Bitcoin thread.
“Be not intimidated...nor suffer yourselves to be wheedled out of your liberties by any pretense of politeness, delicacy, or decency. These, as they are often used, are but three different names for hypocrisy, chicanery and cowardice.”
~ John Adams

Samwise89 said:
Wickedfire is live again for anyone interested in becoming Committed to Success™
Click to expand...

Nostalgic. Any life there?

Golan said:
Nostalgic. Any life there?
Click to expand...

wf is for premium members only.

One year later - WF forgets to renew domain... again. You can't mourn something that's "almost dead", but not quite. Kill it so we can move on!

CCarter said:
One year later - WF forgets to renew domain... again. You can't mourn something that's "almost dead", but not quite. Kill it so we can move on!

Its my top performing ad still.