The future of SEO - What do you think?

I am quite new to the SEO game, only been about for a year and a half - or something like that.

When reading forums, I see that people have always spoken about the death of SEO. I see threads/articles dating 5-6 years back where people were saying SEO is dead. Yet, people continued year after year making money and doing good. Even someone like me has been able to grab some peanuts. :-)

However, recent updates has caused mayhem on many businesses and sites. And Google changes like this one makes my ballsack crawl up a little bit.

What's your take on the future for SEO? Is one a fool for working with SEO with the goal to quit his 9-5, like myself? The gound seem a bit unstable as of now.

Myself, I don't think SEO is dying - but I think the filters that Google are applying will make it more and more time consuming to rank for anything worthwhile. People talk about the 4 month sandbox - I think that will increase massivly. To the point where it simply takes too long for a site to start ranking. 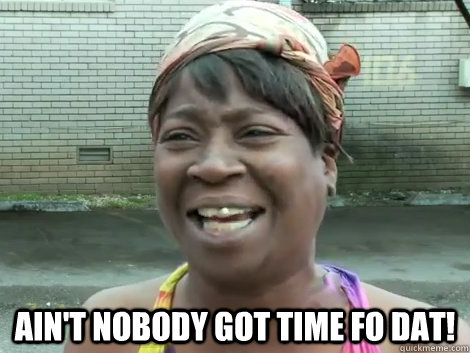 The recent updates seem to be quite random and the quality in SERP is very, very low. I don't like where things are moving.

Anyhow, it would be interesting to hear what you guys think. What is the future of SEO?

This doesn’t answer your actual question, but I’ll drop my thought anyway.

I’m not an SEO. I’m a publisher. People have been making a living as a publisher for centuries. Publishing isn’t going away, but methods of distribution have constantly changed. Cave paintings, stone carvings, pen on paper, printing press, radio, TV, internet, etc.

SEO is one method of distributing my publications. There are lots of others. I’m most successful with SEO. However, I need to start working on the other methods of distribution. We all need to keep looking at distribution methods and how we will keep getting our publications out.

Olov said:
Myself, I don't think SEO is dying - but I think the filters that Google are applying will make it more and more time consuming to rank for anything worthwhile. People talk about the 4-month sandbox - I think that will increase massively. To the point where it simply takes too long for a site to start ranking.
Click to expand...

The more difficult and time-consuming SEO becomes the lesser competition you would have in terms of other SEO's. I remember when I started out 2-3 years ago there were Amazon affiliate journey threads all over forums like BHW, not so much anymore.

The longer sandbox and increasingly more complex filters are not a huge problem for guys who have years of experience ranking sites and enough money/income to comfortably invest in new projects.

If I were a beginner today, I would not focus on SEO only. Instead, I would build a website for long-term and try to get traffic from as many sources as possible ( SEO, e-mail, Pinterest, Facebook, etc.) or focus on Amazon FBA/dropshipping/e-commerce businesses, website marketplaces like Empire Flippers are full of such businesses.

I don't remember seeing that many e-commerce businesses in marketplaces like Empire Flipper's couple of years ago, it was mostly Amazon or other affiliate sites back then.

Personally I am all for any development which makes SEO more about content quality/publishing and less about linkbuilding.

I think voice search is going to have a big impact and sooner than we think. If it wasn't that Google, Amazon, Facebook have become synonymous with shady surveillance, then I think many more people would have already signed up for those personal assistants. I think it's absolutely amazing that I can, with one click, ask my phone to tell me the fastest route from a to be, on foot or on bike or in a car, and I'll get the correct response. Sci-fi stuff really, but as I said, I don't trust Google or the competition, so I won't embrace it. I wish I could.

blackwar85 said:
I remember when I started out 2-3 years ago there were Amazon affiliate journey threads all over forums like BHW, not so much anymore.
Click to expand...

Yep. There's been a lot of "waves" throughout the industry over time. Having 100 micro niche sites was one. Amazon sites were another. Luckily authority sites never really caught on. People THINK they have authority sites right now, which is even better for the rest of us.

But Penguin really killed 90% of the game for newcomers. Now they're all doing crap like re-uploading adult videos to platforms that already have traffic, or trying to create bot channels on Instagram, etc. I thought exact match domains + micro niche sites were the bottom of the barrel, but we're seeing just how low people will go now.

Hell, after Penguin, 90% of the established guys (let alone any newcomers or newbies) went over to crypto speculation and pump and dumping and ICO scams. It really wiped out the competition and exposed people for what they were... one-sided link spammers.

As far as the future of SEO, the nearest future is going to continue to be big platforms using stuff like AMP and new features in the SERPs to keep as much traffic within their own network as possible. Even if nothing else changes, the amount of traffic you used to get from Google is going to continually go down, like Facebook did with Instant Articles, making EdgeRank decay faster, restricting your Page Reach, etc.

Google will probably up their split testing and do far more shuffling as well which will continue to "redistribute" search volume across more players. Personalized search will increase and hurt the idea of search volume even further.

But in terms of pure SEO, I reckon that off-page will continue to have less impact as will on-page (which will move more and more into the NLP, TF*IDF, LSI direction). As that kicks in we'll keep seeing more nonsense in the SERPs and banging our heads against the wall wondering why complete trash is outranking us.

As far as the distant future goes, I doubt text-based and image-based content goes anywhere. It will likely always be the largest and most exponentially growing type of content out there. Video will keep rising, but who knows what's going to happen in terms of augmented reality and virtual reality content, and what that will do to the face of the internet fundamentally.

As with all industries, they continue to mature and then evolve and the players will have to keep up with the times. They also conglomerize (not a real word but you get it). The uphill battle for new sites and companies will become steeper for sure, and corruption and collusion between search engines and the biggest brands will accelerate as well to the point where everyone else is battling for the crumbs.

It's not doom and gloom yet. Not now, and not in the 100 times people have declared "SEO is Dead!" before. But it's getting harder and harder to get the quick buck.

At the end of the day, the best way to perform SEO continues to be: 1) Produce high quality content with proper on-page optimization, 2) Do real marketing. Make sure people know your content exists by promoting it where the traffic is gathering, like Facebook, Twitter, Pinterest, Reddit, etc. This will get you the links you need and there's a lot to be said about having existing traffic in a world where Google can track everyone everywhere. It's an easy way to pre-validate a site's worth before exposing your own users to them.
Schrödinger's Backlink: "I should have known that SEOs both want to hide the links and make sure they count." ~ John Mueller​
You must log in or register to reply here.