Roll Call: Who's Grinding Late on a Saturday Night? (Aussies, You Can't Fool Me)

Despite the nested nonsense, I'm sure I have it set up correctly. I'm beating my head against the wall because the shortcodes aren't executing, they're just returning the name of the shortcode like [shortcode].

Then it occurs to me 2 hours later, after trying like 5 other methods and retyping the original over and over, that I have the line that includes a different php file that contains the shortcodes commented out so the display ads don't load on the staging server. I uncomment it and it works...

To make matters worse, 3 minutes later I found a solution where I didn't need to do any of that. I found a way to simply include the original file that contains all the other files and shortcodes and it worked. 30 lines of nutty code dropped down to 5 without having to change my other files.

That did me in. Time to close the browsers and watch a movie.

So, today's my birthday. What better way to give it a good start than to do my 3 favorite things - Coding, messing with Linux and playing music (not all at the same time). Birthdays lead to very unsettling feelings for me. That clock just keeps ticking, the years pass by like days and I realize more than ever how much time is against us all like some unmovable force we can't see but we can sure feel the effects and gravitational pull.

I guess things aren't all that bad. I've been talking with a couple of new clients and have possible JVs lined up. I realize that I can't keep doing everything myself and now is the time to seek partners who can do the things I don't like or really want to do anymore. My talents and passions are code and Linux. I can put a ton of firepower behind the right person/people. I didn't dedicate over 30 years of my life learning various programming langs/patterns and honing my Linux skills to be mediocre. . .

So, yeah. Lots to think about and lots of work to do in the next few years so I can be where I want to be financially before I'm too tired to keep up the pace this lifestyle requires.
“Persistence guarantees that results are inevitable.” - Paramahansa Yoganada

Who's Grinding on HALLOWEEN ?

Undoubtedly my favorite "holiday," mainly because I'm a huge horror movie fan and autumn is my favorite season. I get all nostalgic about everything, and try to exploit that by watching some old classic horror movie.

I've got countless favorites that I've watched too much. But last night I listened to the reading of 1408 by Stephen King in bed. It sucked. But the movie itself is fantastic, taking the entire story up a notch. So that settled it. If I can get enough done today, I'll be watching that later tonight. Might even treat myself to a Snickers or 800.

I hit a huge milestone today, which I'll be talking about tomorrow in my case study threads. Happened just before the End-Of-Month, which was perfect. But now I have to hurriedly do the rest of my normal work too.

I'm grinding as well, 11pm here, but Halloween is mostly a kid thing here and I don't have kids.
I have however hit $5K in only affiliate commissions this month, which is a pretty big thing for me. This is the make or break point. Now is the time to really move, hustle, go all in. 5K is nice, but everyone can make that in a normal job. 10K on the other hand. Most people don't make that in a month ever. That's where I'm hustling and grinding to get to. Just a few months of 10K would make a huge difference for me with regards to debt, health and living situation.

Let's just say it's going to be a long long night, sending out as many reports as humanly possible. But the job has to get done!

You know what's funny, I didn't realize this until reading @Ryuzaki and @bernard's post that I also broke my monthly total revenue record. Wow, didn't even cross my mind. I also broke a most revenue in an hour record too, and 24 hour period. I wish I could celebrate, but November starts the Holiday Season and playtime is over.

I'm grinding too. It's late in the night.

Just at this moment I'm reading "Inhuman Resources" by Pierre Lemaitre while I do the laundry. Oh, yeah, domestic chores...

For the first time in a long time I'm starting to see the light.

I haven't broken any record yet but I will.

Currently browsing UpWork- gotta get back up to the 3K per month mark! Hit 3K last month (and the 2 months prior) but then my highest paying client decided to cut my pay by 90% overnight, so here I am (haha).
Daniel's First "Serious" Website - Journey​

In overdrive mode, Got my Cuban Colada, I'm all in...

This thread is like workaholics central. Work smarter, not harder they said... but there's always so much to do, so many bottlenecks to clean up.

You know - the thing is most of the super successful people are workaholics and work 80 to 120 hours a week. And they work smarter. However super success isn't really for everyone. Most people hate their jobs and don't enjoy what they do. So they are the ones that are quick to hit back with "work life balance, bla bla bla". Realistically they are watching TV or some sports game, being lulled to sleep.

People not taking this seriously are the same ones that can barely get their website ranking in Google or past $100 a month mark with a project. They would rather watch the whole series of Game of Thrones one more time. The internet, Google, and SEO is just getting harder and more crowded. You think SEO is going to be 2007 easy in 2029? Do you really want to be doing SEO in 10 years? Cause 2009 was 10 years ago, and that was when SEO was REALLY easy - SGW level easy.

There is someone always working harder than you - some body in a basement somewhere, or in some 3rd world country that's coding their ass off and coming for you. That's what keeps me up at nights.

First portion of this video pretty much sums it up:

"Fine, stay poor. I don't give a fuck." - Dan Peña​
There are people I can never get in contact with on the weekends, partying or just doing nada. Same people that always seem to have money problems or just have their life going in the wrong direction.

I'm not going to lie, my life isn't for everyone. I just want it more than anyone out there. No one in the history of whatever industry or niche I'm in will work harder than I am - if I really want to dominate that industry. I think it's an ambition thing.

One BuSo member just sold his site that he's been grinding on for 4-5 years for a multi-million dollar payday. Dude was a serious grinder. He was working harder than me. He's going to take some time off and will be back even bigger he says. He wanted it more than anyone else in his niche.


"Charlie didn't get much USO. He was dug in too deep, or movin' too fast. His idea of R&R was cold rice and a little rat meat. He had only two ways home: death or victory." - Apocalypse now​
Working smarter IS putting in more hours than your competition.

Currently nit picking through email lists before uploading them to email marketing provider... boring as fuck but has to be done every 6 weeks or so.

Sugar free redbulls are fueling the night!
Have a failed website? Hit me up I may be able to buy it!

I feel like the holidays have already started! Trying to get in contact with anyone is nearly impossible. I know people take Fridays off early, but jebus!

We're about to go into the Super Bowl for marketers and everyone is sleeping at the wheel! There is no sleep until January 4th!! Money Time!

It's Victory or Valhalla...

Grinding. Can't do creative stuff when it's late, so just combing through Keywords and planning a publishing schedule.
The writing will have to wait for tomorrow.

I got 3 buyers guides formatted, interlinked and posted up today, did a super simple traffic leak which netted me a sale, and started negotiations to potentially sell a site that's been on the back burner for a bit.

Not a bad day, getting laid off from my development job (thanks COVID) so it's time to switch energy and focus back to side projects while I ride this quarantine wave and find the next opportunity.

It's not quite Saturday night but I'm grinding it out and trying to get a gigantic post published before I go to a cookout to celebrate Independence Day in the states.

A guy I know who's putting it down to the tune of around $40k a month said the key to it is to show up, day in and day out, and get the job done, no matter what. Find the time and do it!

Happy Independence Day. May yours be better than Will Smith's! 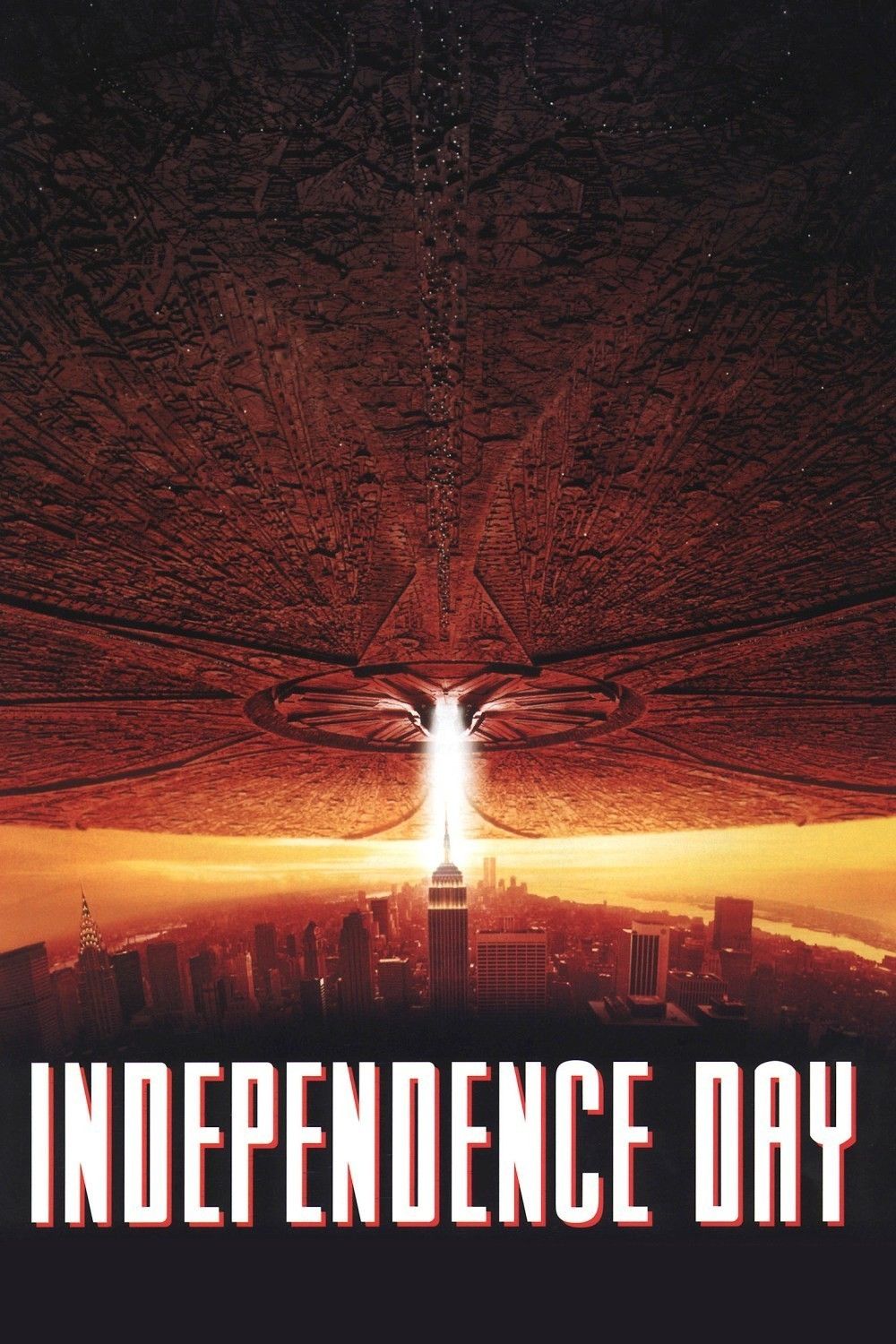 Finishing the website setup and uploading the first batch of content. I will create a case study soon.

Time to have a natural light and launch a product.

Sometimes you gotta have an attitude half as good as @Ryuzaki

Working on the final step on the ladder of chaos to ascending beyond...


just going over client link reports for quality control before they get sent out monday.