Mobile-First Indexing is taking a whole new level. Google is determined to push AMP down our throats by partnering up with Wordpress now. Currently AMP only accounts for 0.1% of the internet, whereas Wordpress accounts for 59% of CMS market share equating to 20% of ALL websites on the internet.

One of the goals of the partnership is to also get Wordpress faster from the ground up. Google did a presentation at WordCamp US where it showcased that Wordpress is literally slower than non-Wordpress sites on ALL levels. 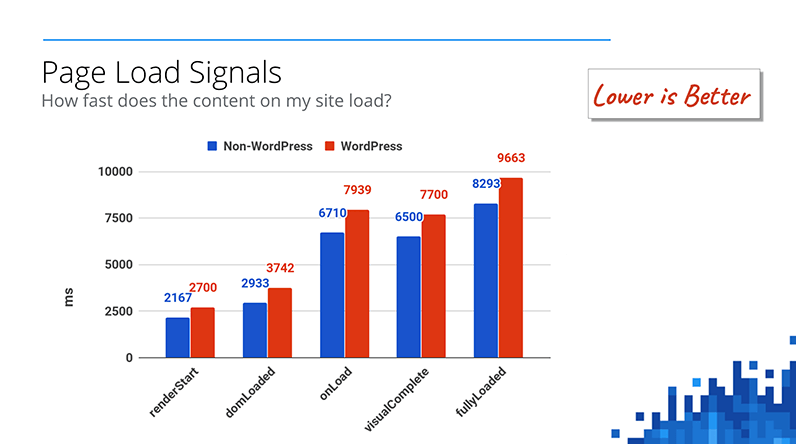 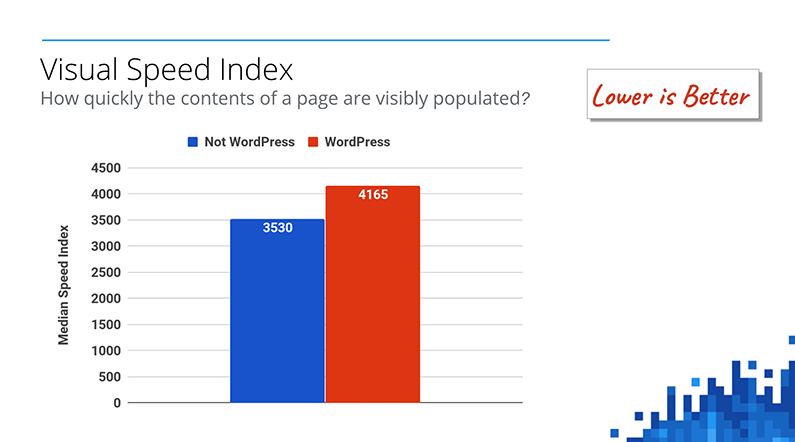 While Medina’s post specifically calls out “Expanding capabilities of the AMP Plugin to enable delightful user experiences,” one could speculate that the long-term roadmap includes rolling AMP (or an AMP-like functionality) into the WordPress core.

Source: The need for speed: Google dedicates engineering team to accelerate development of WordPress ecosystem
​
Another source of the announcement is the "WordPress Experts Wanted" post by Alberto Medina (works at google):

More info on Mobile-First Indexing: Getting your site ready for mobile-first indexing

A lot of people, actually 99.9% of the internet websites have avoided AMP altogether due to it limiting the creative aspect of a website. Now imagine you being unable to turn off AMP from the start with WordPress. It's a win for speed of the internet, but as with all things coming from Google take adoption carefully.

Not only does AMP remove a lot of creativity but it also has been shown to reduce overall revenue in several instances. This could be simply due to lack of understanding, but taking away creative control of your website - well let's just say that's not how the internet is suppose to work.

Gotta get it before its too late

Great way for google to steal content for their own index

Besides all of the points you listed, my main concern with AMP is that you get people sharing and linking to an AMP URL and not your own URL. Are you telling me Google is going to honor all of those canonicals once they decide AMP was a bad idea like they do most of their projects? Or are we just going to lose those ranking factors?

This is just like Facebook Instant Articles, like @built is pointing out. They just want you to stay in their ecosystem. When you finish an article you close it and suddenly you're back in the SERPs again.

The only benefit is to the complete morons who can't figure out how to place ads on their sites. Google will do that for you, only at the cost of not being able to optimize their placement or get links and shares to your own URL.

They are pushing something that no one wants to adopt.

Reminds me of G+, eventually it will fizzle out.

Too steep of an installation curve, restricted site designs, limited advertisements, giving up control of ownership, etc. And that's in addition to the AMP issues I've seen while trying to load webpages using a standard iPhone.

Sites don't need to be trimmed down, networks need to get faster.

It's like saying why have a full color movie stream to your phone? Just use black and white instead, it's faster but you get the same content... Just streamlined. It's nonsense.

Phone/mobile speeds have been getting faster and faster. Webpages may be getting more bloated, but it's not like they went from 50KB to 500MB.

There's already been a lot of dev pushback over AMP. Frankly people hate it. Can't blame Google for trying though.

I think it's time to start actively campaigning against AMP. I tested it significantly for ~6-8 months across multiple sites. After measuring performance and speed at a very fine level, I found no appreciable benefit in performance. Sure, it was faster than standard Wordpress, but that's not saying much since most things are faster than WP.

No, AMP's sole purpose is improved engagement on Google's platform. They take enough as it is, with blended search results as well as knowledge, Q&A, and other boxes.

On the flip side, with the collaboration, I do see the potential for several beneficial things to occur with Wordpress. What I would love to see is fundamental change to the WP platform. Things like moving towards progressive web app capability. Google has really been pushing the PWA concept, and has even created their own framework (Polymer) as sort of an impetus towards fostering the idea. While many freaked out about it when WP released the API (myself included), the JSON API actually offers some great possibilities.

For example, using WP purely as a headless CMS. Meaning it's just a content repo and has nothing to do with the actual site itself. The idea being, using the API to serve a site over an entirely different front end stack. Imagine being able to do away with jQuery and all the render blocking nonsense, moving towards a more controlled framework like React + Redux + WP API. That offers some really interesting and cool opportunities to (mostly) have the best of both worlds.

I'd be willing to bet one of the first steps we might see from the collab is a new feature or plugin to make it easy to add the newer "Service Worker" browser component to your WP site. That alone could be a sweet boost to performance, being able to cache even more local assets, cache offline pages, etc.
Δ » "Ideas mean nothing without execution, which is to say that execution is everything." -Ryuzaki
Ω » "You don't become successful copying other shit, the process makes you successful." -Satvrn
Φ » "Talk of tech innovation is bullsh*t. Shut up and get the work done" -Linus Torvalds

All of this is simply under the guise of needing a faster net and doing the rest of us a favor, but without a doubt our connection speeds whether over mobile or landline are going to increase exponentially faster than the average size of a web page. I mean... we stream 1080p movies and videos. And HTTP/2 is heading towards standardized adoption eventually too.

If they really want to benefit the net, they should push header bidding for advertising more and make Double Click for Publishers a lot more accessible to the average developer.

Another thing they could do is educate better about render-blocking javascript and offer a higher profile way of concatenating and minifying javascript and CSS through Wordpress. Yes it exists but the average dummy doesn't know about it.

There's a lot of things they could be doing that would convince me they're just happy to help out Wordpress for the sake of the internet, but we all knew as soon as we heard about this "speed initiative" that they'd be pushing AMP. It was transparent.

What it really sounds like is Wordpress will now have some extra help getting even more bloated.

AMP is fucking shit. It's a good idea with an evil implementation.
Basically, like @Ryuzaki said, Google will take our content and put it on their platform. How cool.

From a developer PoV, it's shit too. AMP is not built with standards in mind, is a hacked solution implemented by a third party who gives no shit about the right way to build the Internet; just have in mind that they develop the new IE, and with this AMP thing, there's nothing else to say but Kill Google AMP before it kills the web.

I agree with the guys here: it shows no significant UX improvement and they're trying to push their platform by force.

Eat a dick, Google. Just another in a long line of reasons not to leave wordpress installs hanging out in the wild.

Gotta get it before its too late

Preloading is exclusive to AMP. Google does not preload non-AMP pages. If Google would have a genuine interest in speeding up the whole web on mobile, it could simply preload resources of non-AMP pages as well. Not doing this is a strong hint that another agenda is at work, to say the least.

I totally get why webmasters of this world would be against AMP. But let's look to the future, if it's not AMP what will be doing your content rendering in a Google, Facebook, Apple owned platform?

Bumping this thread because I'm curious what all of you think about AMP now in 2020.

Do any of you do the AMP thing?

@BOBskot I think the same as the early opinions in this thread. They've tried to mitigate the complaints of SEOs (the people that will adopt this and then get others to do it) by no longer sending you to a Google-controlled URL. Now it's your own URLs like domain.com/post-title/amp. It reminds me of the m-dot URLs we had before responsive design was invented. Google pushed everyone away from that, but in hypocritical fashion, as soon as it's beneficial to them they ask us to do something similar again. I reject AMP wholeheartedly as well as any other company trying this like Facebook.

Yeah, I think in April of last year they introduced the ability to link using signed exchanges, which essentially allows you to have your original URL in the AMP URL now. It was to address a huge concern with a lot of SEOs.

I believe it allows you to go from:

My main concern with AMP from an SEO standpoint was the backlink issue. Now that they have fixed that with the signed exchanges, my biggest issue is regarding my personal philosophy & values.

I really hate it that Google is seemingly trying to own the internet. If AMP succeeds, that's a whole lot of websites that are essentially residing on Google's servers (and user won't be able to tell the difference due to signed exchanges). This makes me very uneasy for a lot of reasons.
You must log in or register to reply here.