Today I came across a really nice site that's collecting ideas for user interface split testing and then doing the tests out in the wild.

The ideas are all good, and every test that showed negative results didn't seem to wait long enough to get enough confidence in the outcome, which I'm sure will average out as they keep getting more data.

So for example, here's the first 7 of the current 75 suggestions:

To give you an idea of how the site works, here's #7 in a screenshot: 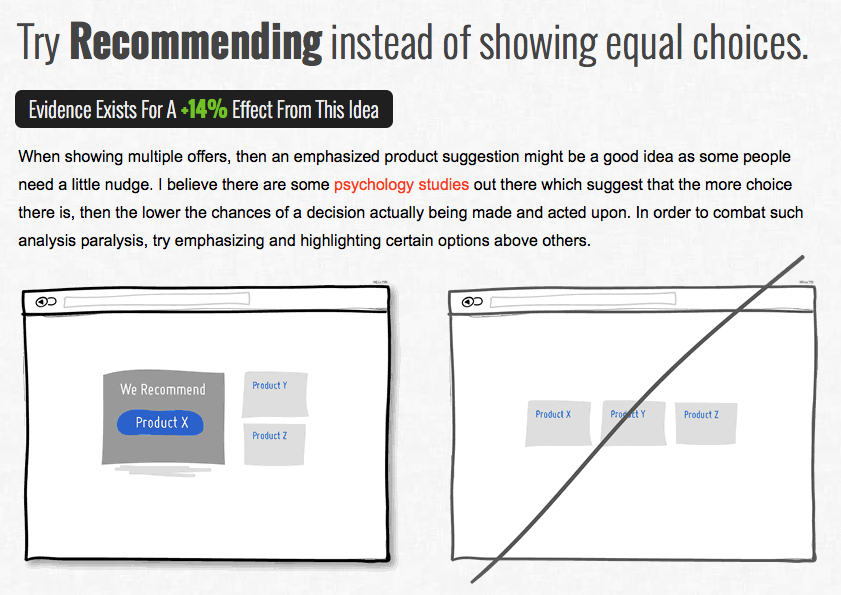 There's a whole bunch of these that are immediately actionable that we can apply to our sites. Even if we only use 5 of the 75 and can squeeze out a 5% lift in conversions... well, that's a good chunk of money. And as you know, percentages scale, since they're multiplicative and not additive.

​
What Have You Tried?

Are there any suggestions on here that you've used as changes and seen an actual lift? I'll implement some suggestions on a decently trafficked money page and see if it's good enough to be translated across them all. There's undoubtedly some places I could be more aggressive, like mini-tables and such.

Table of contents, link to headers, let Google pick up on it too. Really solid results for content pieces.
Does a set of all sets contain itself?

Good god. For a website promoting good UI their text spacing and formatting is incredibly offensive to my eyes, especially on desktop. But then again it's about UI that sells, and so much of it is gold.

turbin3 said:
just because you didn't fail, doesn't mean you did anything right
Click to expand...