Great way to get unique images for some weird blog posts like "how to reduce toe fat" or whatever.

Stable Diffusion is another one that is available for free. Here is a tutorial on how to use it through Google Collab.

I had tried some shitty ones out that created unusable garbage but https://labs.openai.com/ is crazy good.

I have an article on steroid side effects and typed:

"pills laying on floor at the gym next to bodybuilder"

Gave me these lmao, impressive:

HOLY JESUS - why haven't I thought of this yet

Is this something Google will be okay with, or is it gonna go the way of AI content?

I had tried some shitty ones out that created unusable garbage but https://labs.openai.com/ is crazy good.

I have an article on steroid side effects and typed:

"pills laying on floor at the gym next to bodybuilder"

Gave me these lmao, impressive:

I would not be sharing this if it was BS.


Jared said:
Is this something Google will be okay with, or is it gonna go the way of AI content?
Click to expand...

Jared said:
Is this something Google will be okay with, or is it gonna go the way of AI content?
Click to expand...

Hey! So just to kick us off, I know that you’ve been doing a lot with DALL-E in the Craiyon site, and all these kinds of places to get fun images.​
​
And I was wondering what would you say to using DALL-E to generate images for our site, Google Search Central, if we just started piping that in to refresh our images across the whole site– what would you say to that?​
John Mueller:

That would be an exciting move. I think the tricky part would be if you’re showing screenshots of specific things, and you’re piping that into some machine-art-generated thing, then maybe you don’t necessarily get actual screenshots.​
​
Lizzi Sassman:

It could go into an interesting direction. Okay, so it sounds like you’re bought in. Would you do this?​
​
John Mueller:

I would try it out. I mean…​
Lizzi Sassman:

You don’t want to tell me no?​
John Mueller:

I’m not going to say “no.”​
​
I think one of the tricky parts with all of these tools is it builds off a known library of images. And if there are not enough images reflected there, then whatever you ask is kind of very vague.​
​
So I tried a lot of SEO terms once, and most of the time when it would recognize that this is something like marketing SEO-oriented, it would show me a graph of, like, some bar charts with a line graph drawing up, and it’s like, “This is SEO.”​
​
It’s like, “Well, it’s kind of like… it’s…”​
​
-----

Back to my own words here, I'll tell you this. It's all cute and fun right now until Google's image processing and indexing servers are chock full of trash and they do a 180 degree turn on their stance about it. They've done this before, where they outright condoned something, later changed their mind, and then took retroactive action against people for it, both manually and algorithmically.

It's pretty obvious there's going to be a good way of using this kind of image and a bad way. And there's going to be people doing both at scale that are going to cause this to come under scrutiny, and what I can tell you with nearly full confidence is there will be no binary range between good and bad. There will be bad on the right side of this sliding scale and then on the left there will be the gray area that's actually the middle, and that gray area will keep getting pushed further towards bad.

This is the exact same as content spinning, AI writing, and all that. It's literally taking something that's not yours and remixing it into some psychedelic mess with no effort and then hoping Google thinks you contributed in some fashion. There's a long history that shows us how this goes. Tread thoughtfully into the future.

Now how do we make a killing beating this up for the next few months.
Keyword Sheeter
Featuring the best free keyword tool and the most advanced keyword planner.
​ 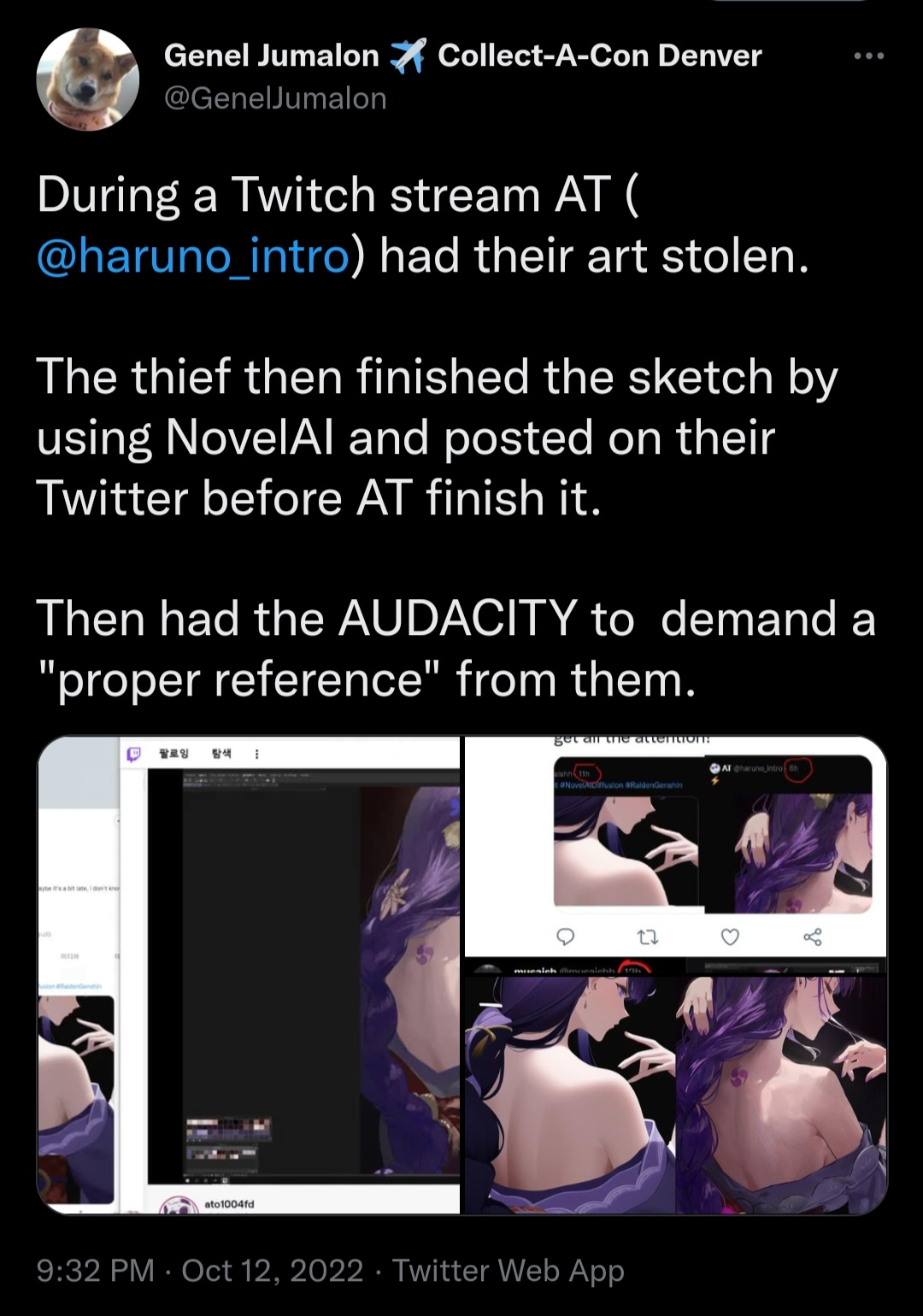 I don't know about the veracity of this specific claim, but it's a situation I found interesting and relevant to the topic at hand.

I feel like an easy red flag down the road will be the scale at which these AI images are used. AI for article header images? Makes sense to me as those serve primarily to capture attention or provide style both of which AI seems great at.

AI for product review images in content bodies? Maybe not so much (outside of an AI or art blog) because as John eludes to some images require particular specificity.

If everyone would just use them sparingly that would be great but agree with @Ryuzaki they'll be abused and ultimately devalued. This will increase the value of unique owned images which already seem to be a fixation point driving PRU evolution.

Been using this for a.month now for featured images to be honest it's been nearly as.much work getting a good image as it is just searching for creative Commons images. Some of my articles are.more specific though. Theres a deal on appsumo for one that has a pretty interface and has dalle and stable diffusion. Though it's just a repackage of the apis.
"Every day, in every way, I am getting better and better" - Émile Coué

I agree with @tyealia . I really wanted this to work but for product-based sites this thing is not specific enough. The object in the image needs to be very vague.

I also tried its "addition" capability to paste a cropped image of a product into another setting but the settings it creates are just too bizarre.

If you look at them close enough, you'll see how weird they are.

Short term can be win. Long term can be easy banned. IF Google finds just one point that your content is made by AI - could mean bye bye rankings. I'm doing long term projects and so far it worked amazing. Do I see it's not possible? For sure it is, but that's way is just not for me.
You must log in or register to reply here.